Today was a much slower day for all of us; we were quite tired from all of the frantic activity of the last few months.  For the first time in several weeks, I took the doggies up to see Mom for a change and we sat around and talked about the garden walk for an hour or so.  Mom went home before the bus came yesterday, she is always afraid I will draw attention to her and she doesn't want people to notice her.  Why, I don't know, but she's always been that way.  At 89, (90 in August) she's not about to change, either. 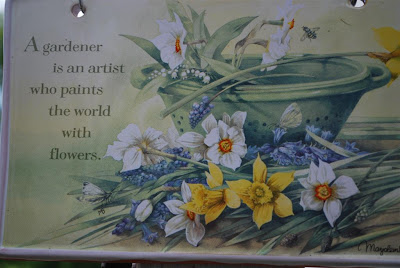 This plaque was given to me by my good friend and fellow gardening nut, Julie. It graces the fencepost by the garage when first entering the backyard.
Both Carl and Joel had to go to work today, and both of them were exhausted when they got home since they get up at 5AM.  Joel had gone to a concert until 2AM the night before which made things even worse.  Everyone took naps this afternoon, with the exception of me.  I dozed off in my recliner for a little bit, but then decided to go to work.  There is always something needing doing around here and for a change, the vegetable garden was calling my name, that is, after I mowed lawn for almost two hours in the Back Eight.
I planted some sweet corn, did some hoeing and threw some hay mulch down.  The mosquitoes were absolutely determined tonight.   I went and got the camera and took some pictures instead of trying to work anywhere near trees or long grass.  Here's a mini-stroll through the gardens tonight: 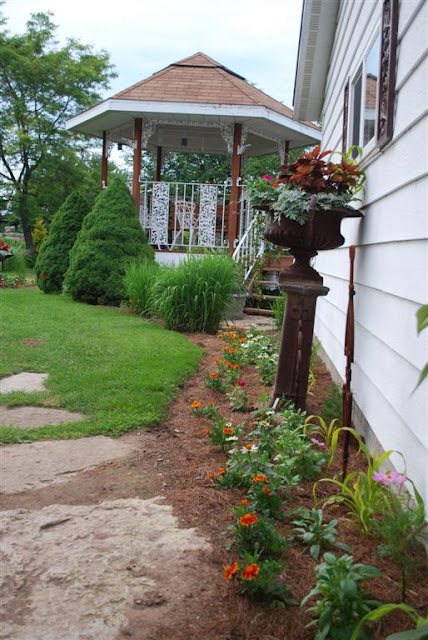 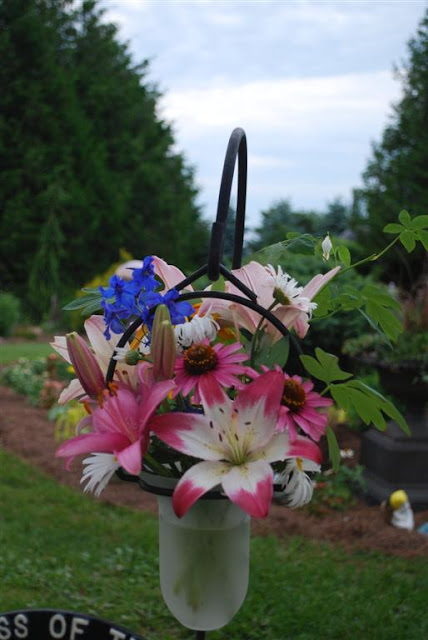 Supposed to be a candle holder, but works nicely as a vase 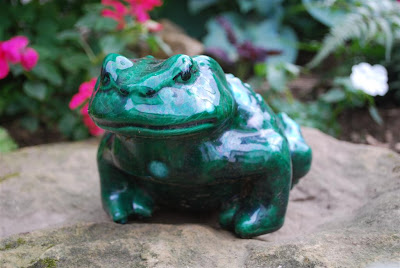 We need frogs this size to eat the mosquitoes! 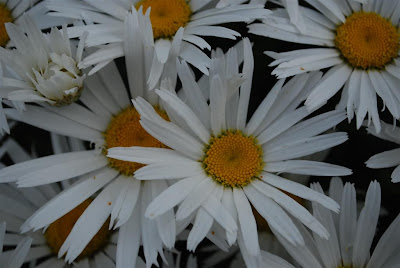 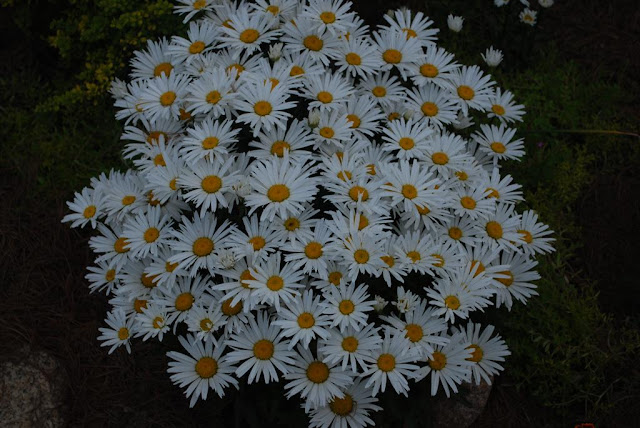 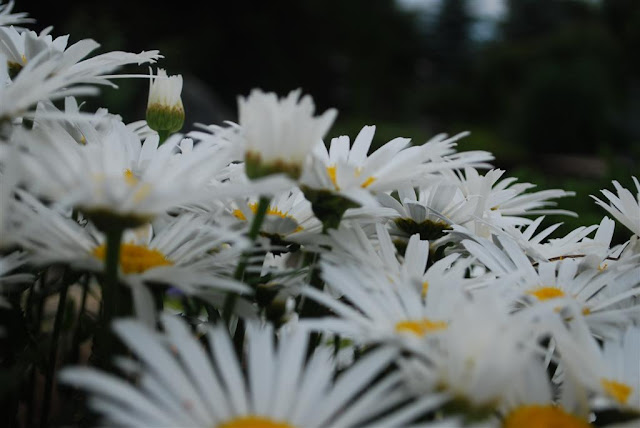 'Snow Lady' daisy from seed, this is a wonderful plant that has been coming back steadily for the last seven years in several places in the gardens 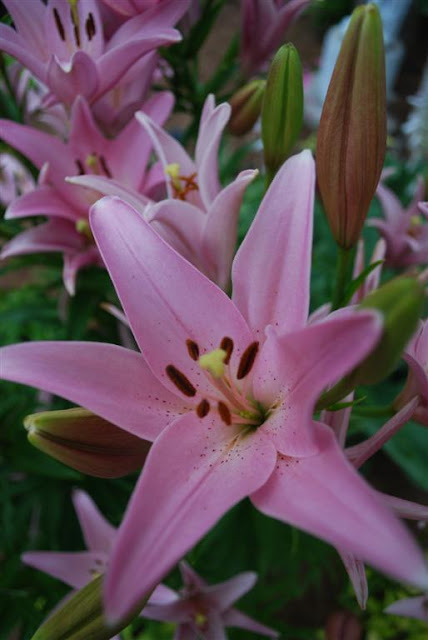 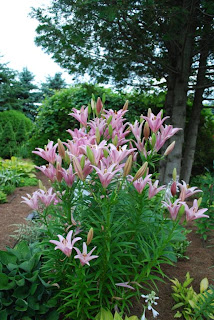 Several people wanted to know what this lily was yesterday, and I wish I knew too....but it is very prolific and smells lovely. 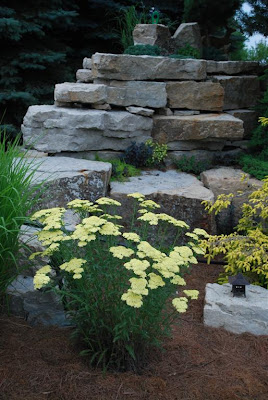 This yarrow also drew a lot of attention, once again, wish I could remember the name (the tag is right behind it!) 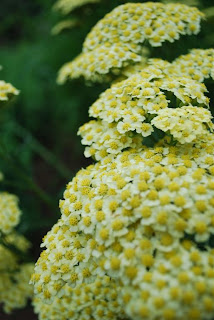 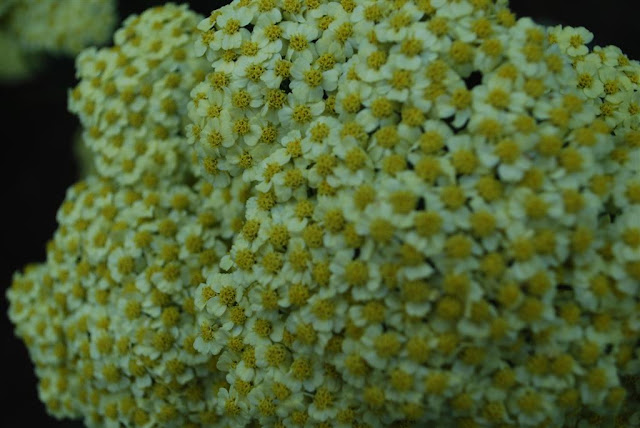 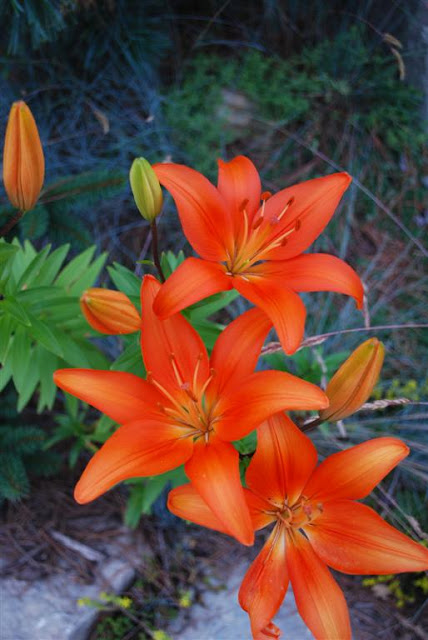 Another unknown lily, but a bright one! 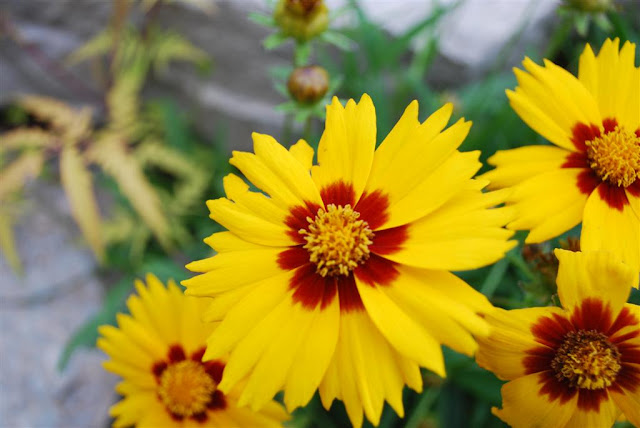 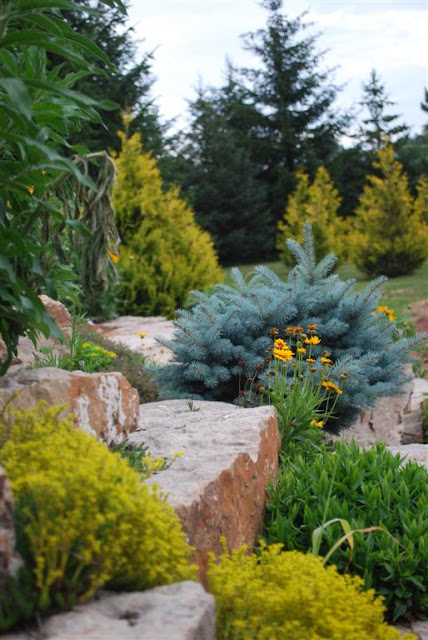 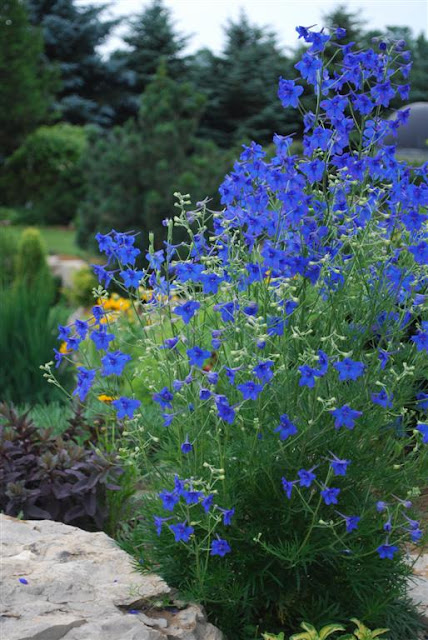 Butterfly Blue Delphinium, I have other pictures of it, I realize, but the color is so pretty 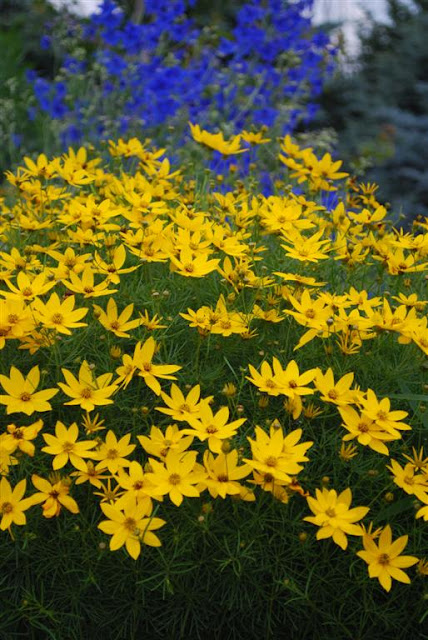 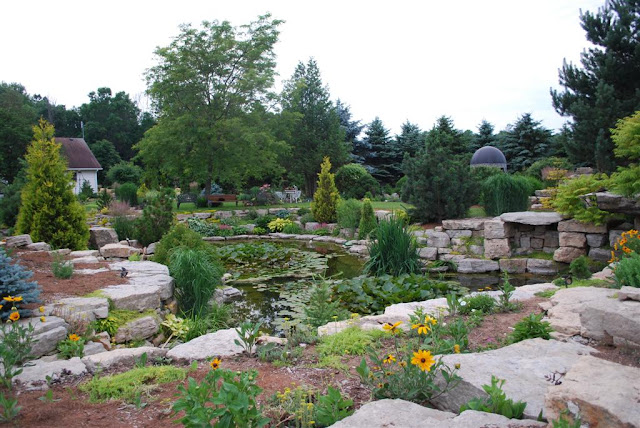 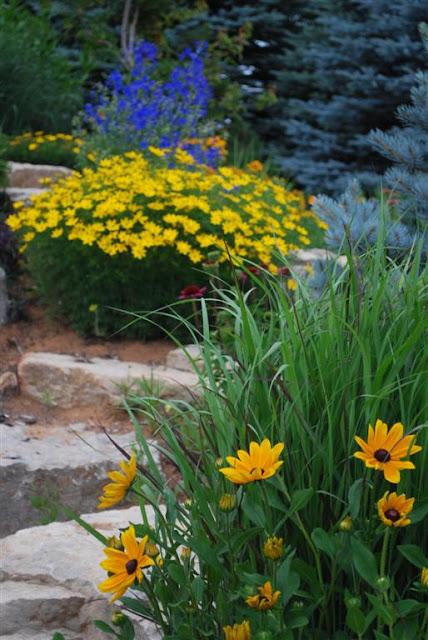 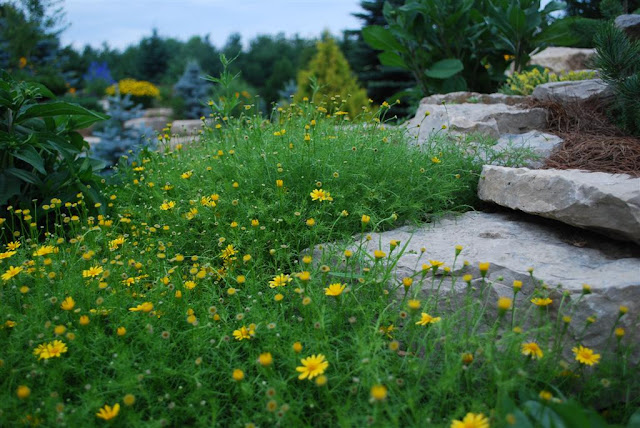 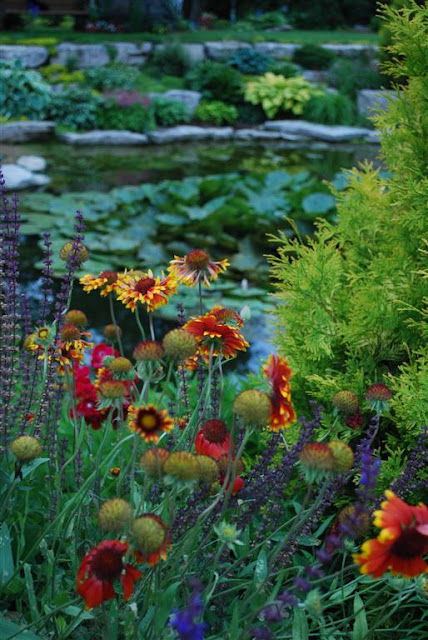 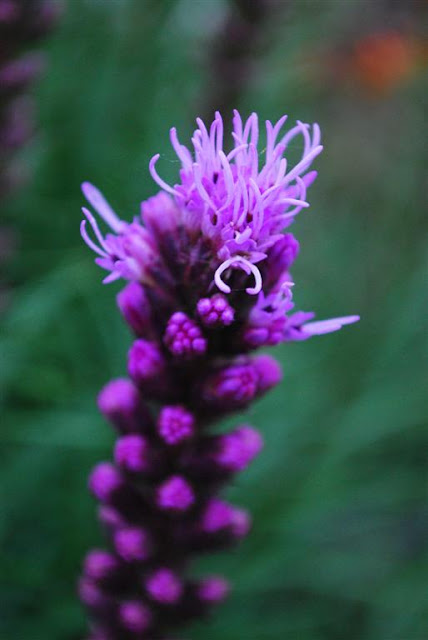 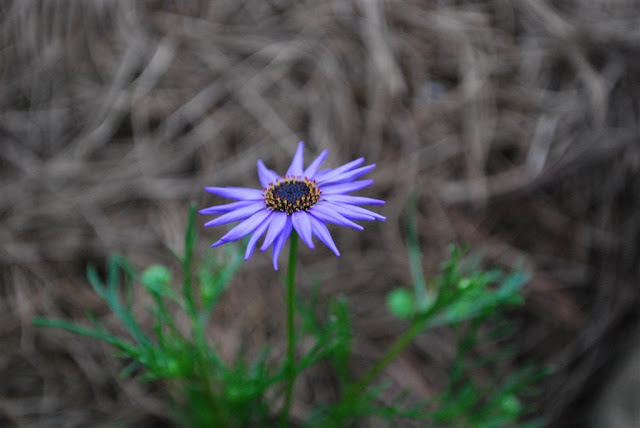 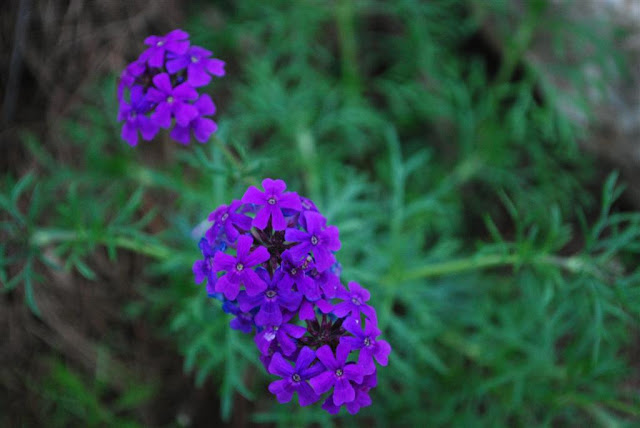 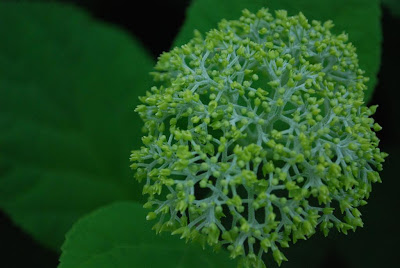 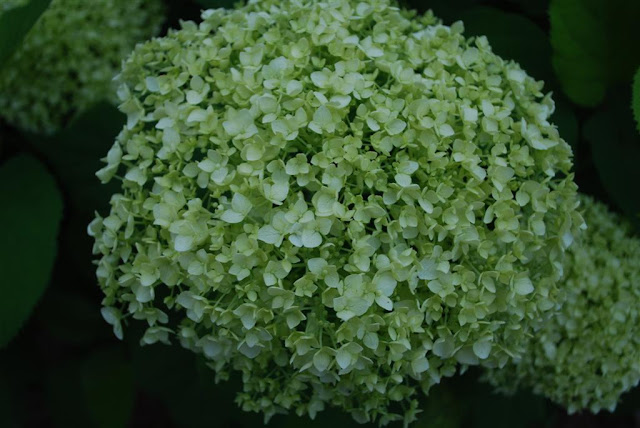 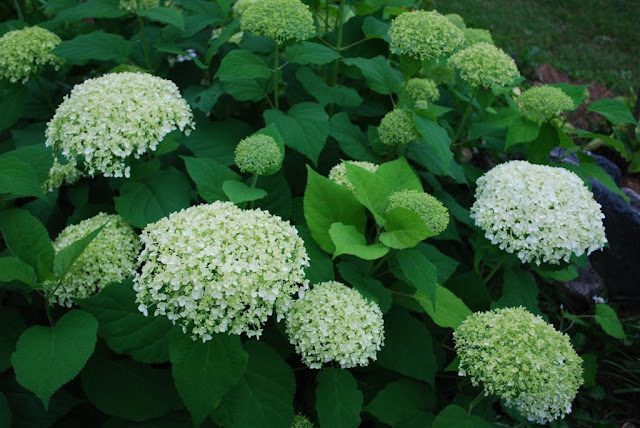 I love, love , love your pan fountain. I would love to be able to make this for my yard. I don't know where I can find these alumium shades of that size to make this. Do you have any suggestions!!! Thanks, Susan