Here we are at the end of 2013 already.  As I'm writing this post Carl is channel surfing, going from one station to another as cities prepare to drop the New Year's Ball to welcome in 2014.  But before the new year arrives, here's what's been going on around here since the last time I posted in November. 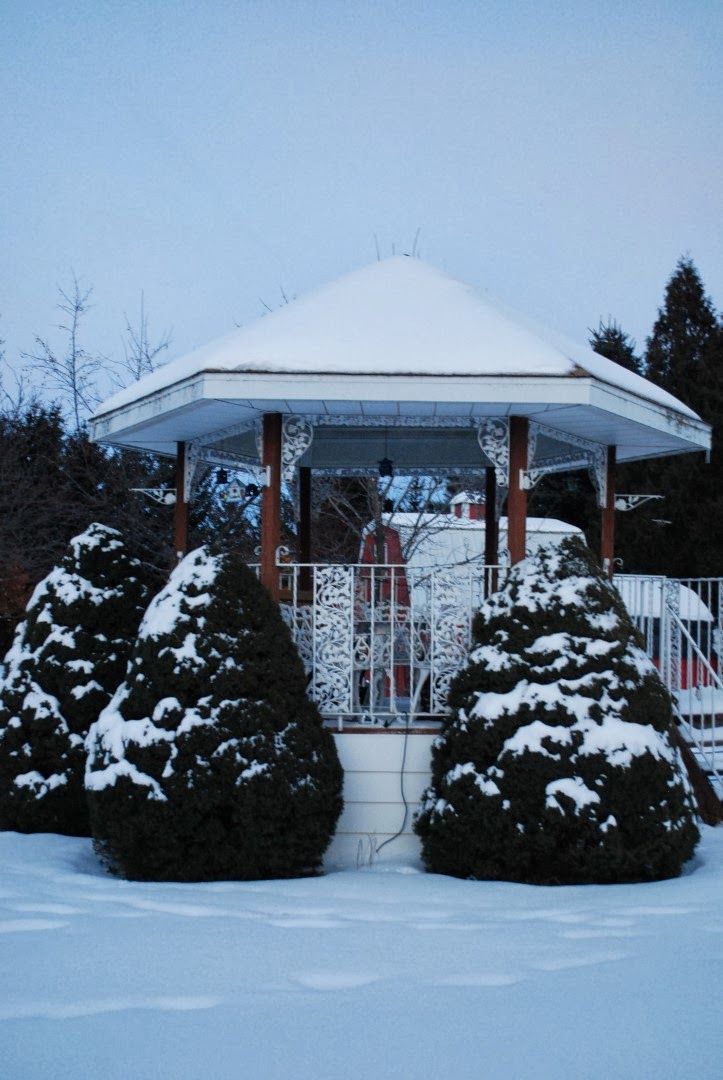 It's been cold, below zero for the last few days.  I didn't do much outside decorating this year, mostly because the weather caught me off guard.  Normally I'd have the gazebo trimmed and lights on random shrubbery but with running to the doctor earlier in the month and not quite firing on all my cylinders yet, I decided to cut myself some slack.  I did put one red bow on the light pole as a token decoration, though.  I look at it this way, now I don't have to go through all the work of taking stuff down in January. 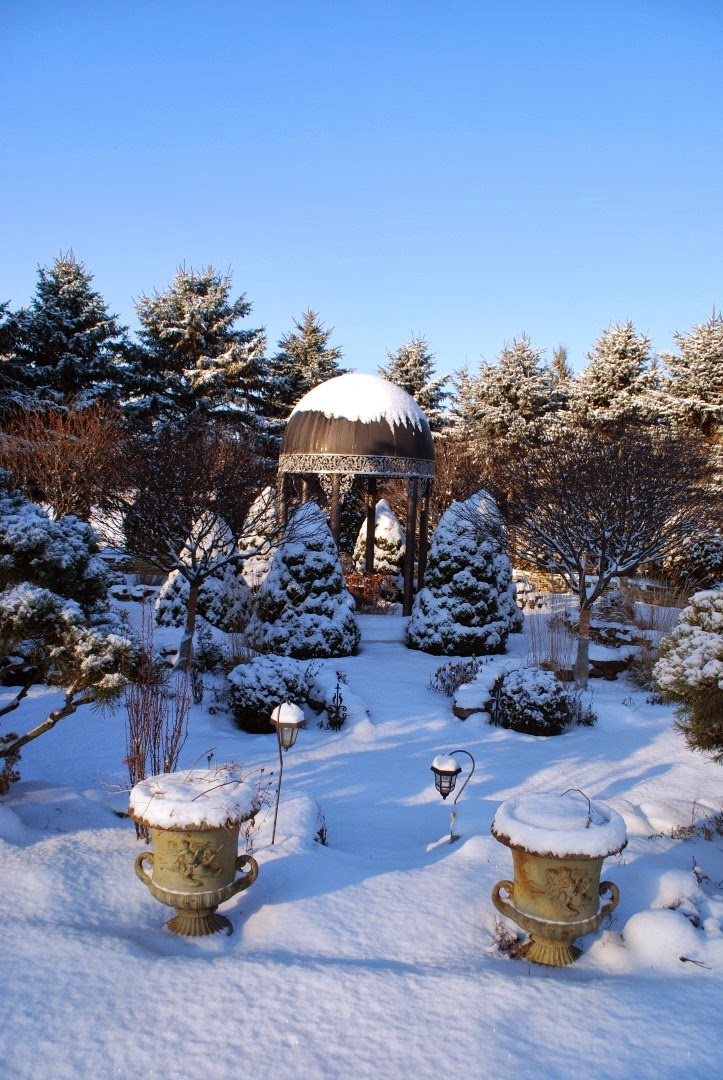 We do have snow this winter, and lots of it.  My cross-country skis are back in action again, but I guess it's time to get some new boots as my current ones are over ten years old and starting to show their age. 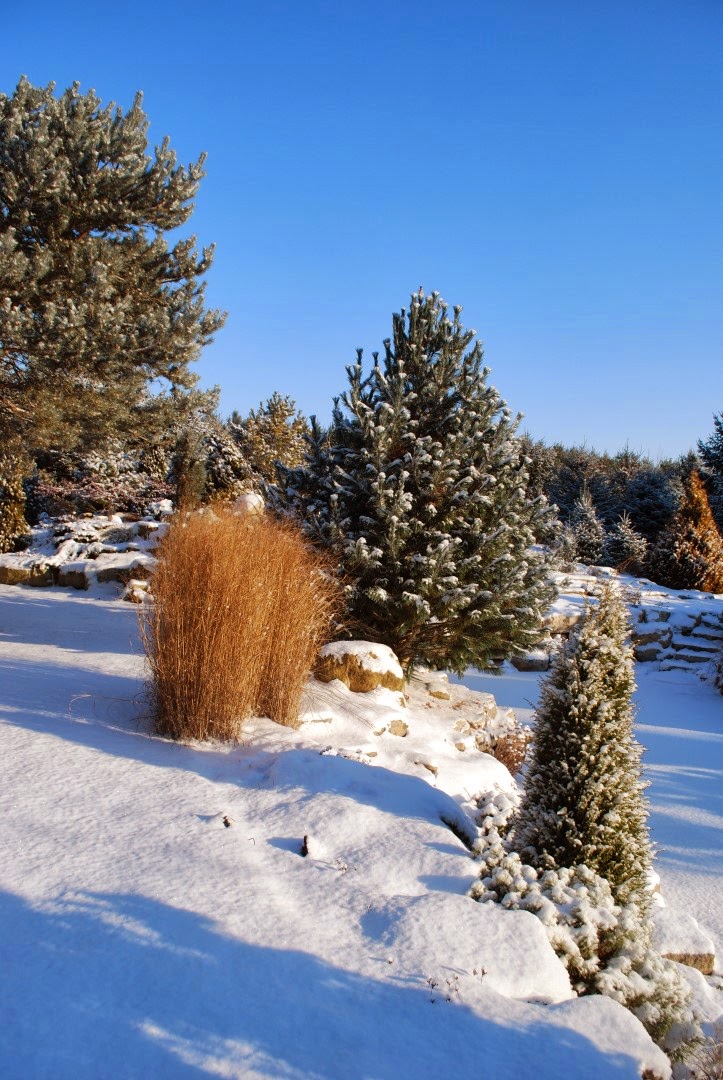 I spend as much time outside as possible, usually skiing for an hour or more a day.  This is my favorite time of year in the garden and the farm; I can goof off now for a few months and just enjoy the scenery. 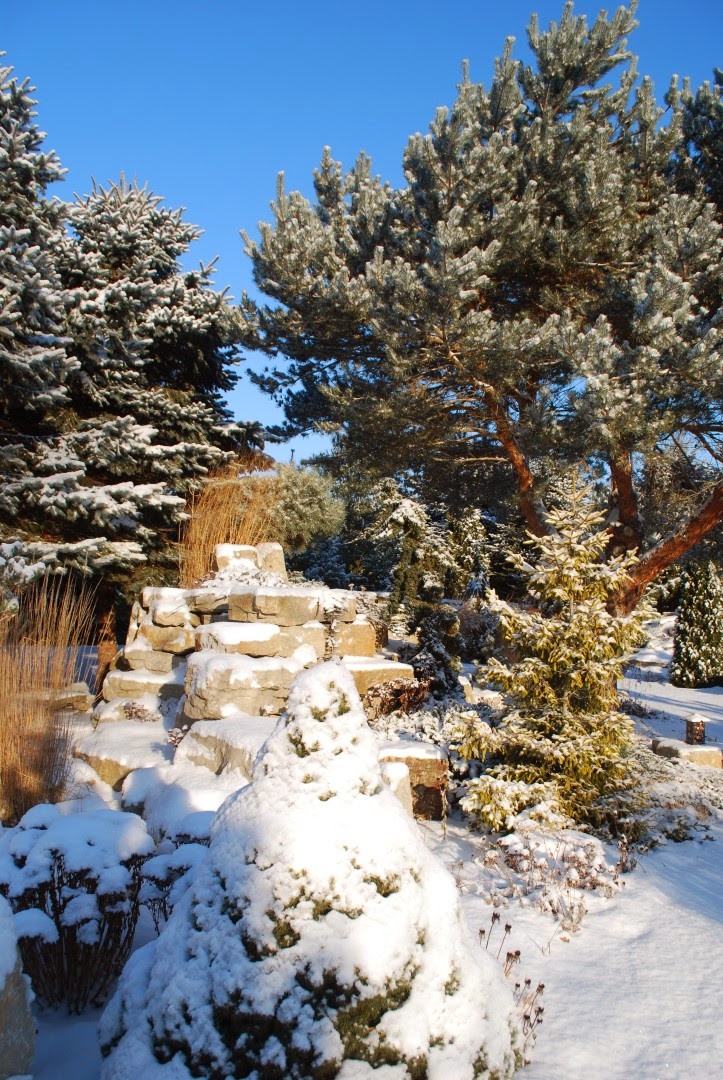 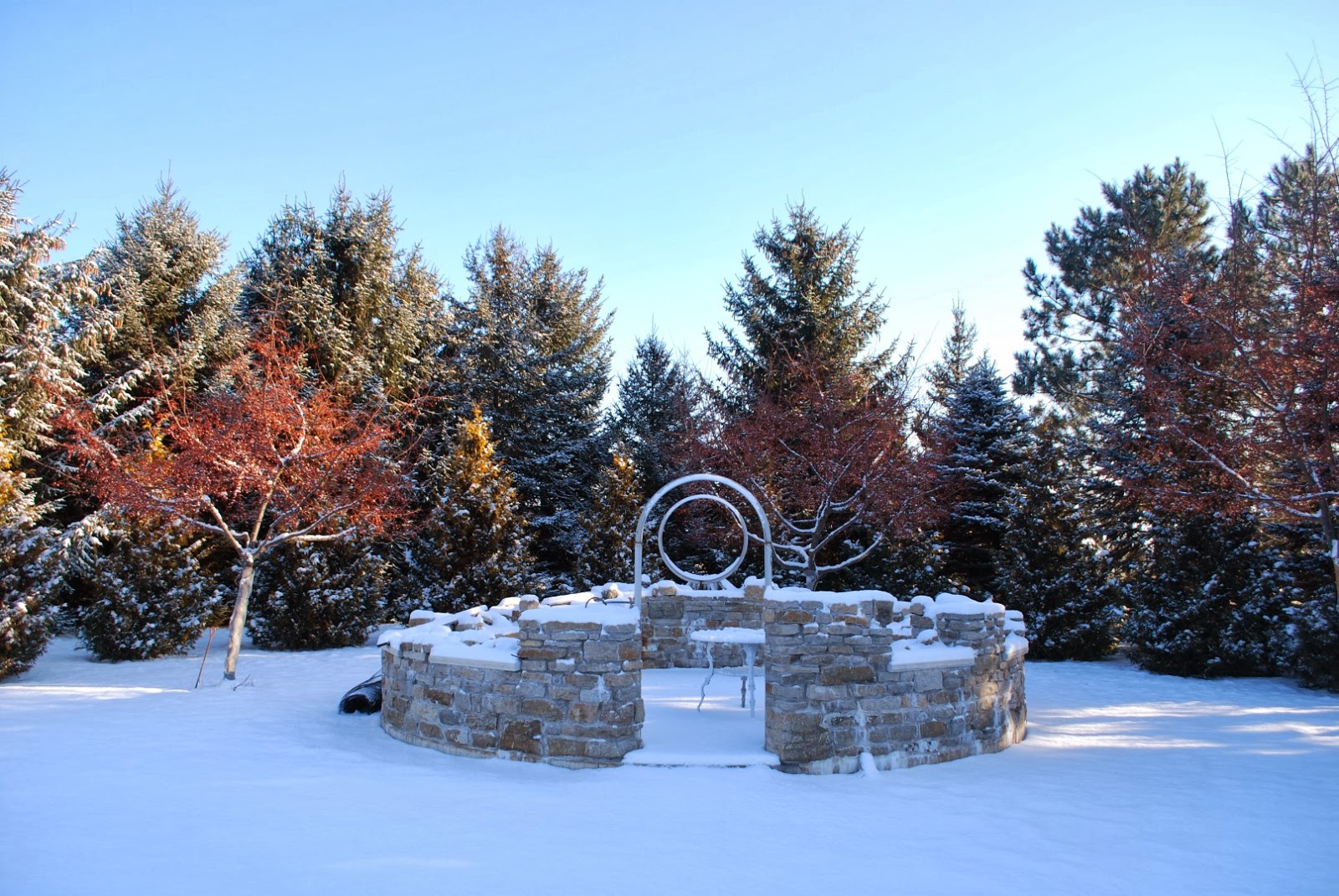 I managed to get the trees wrapped against rabbit damage just before the snow started to pile up.  It's a good thing I did, because there are rabbit tracks all over the yard.  And a few random deer have been strolling around too, along with flocks of turkeys. 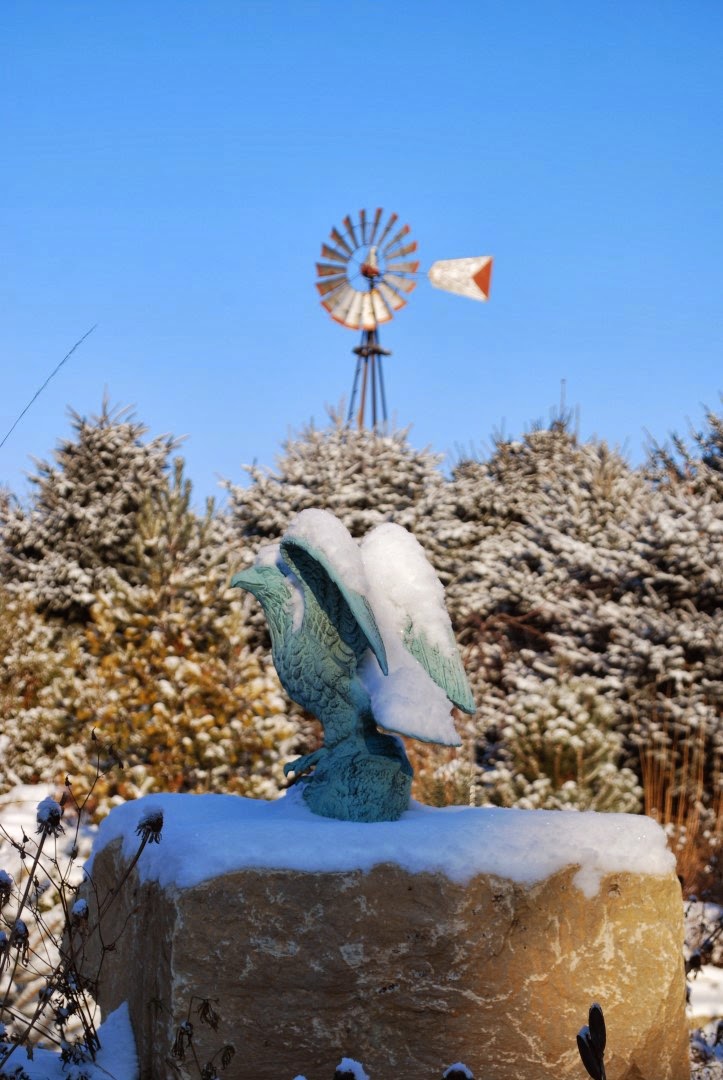 I've been feeling much better since the last doctor's appointment.  I think I have a good practitioner now.  He seems to have a handle on my thyroid disease and for that, I am thankful.  His office is over an hour away, but he's easy to reach and will do consultations over the phone.  I've had another med change a week ago and things are looking up. 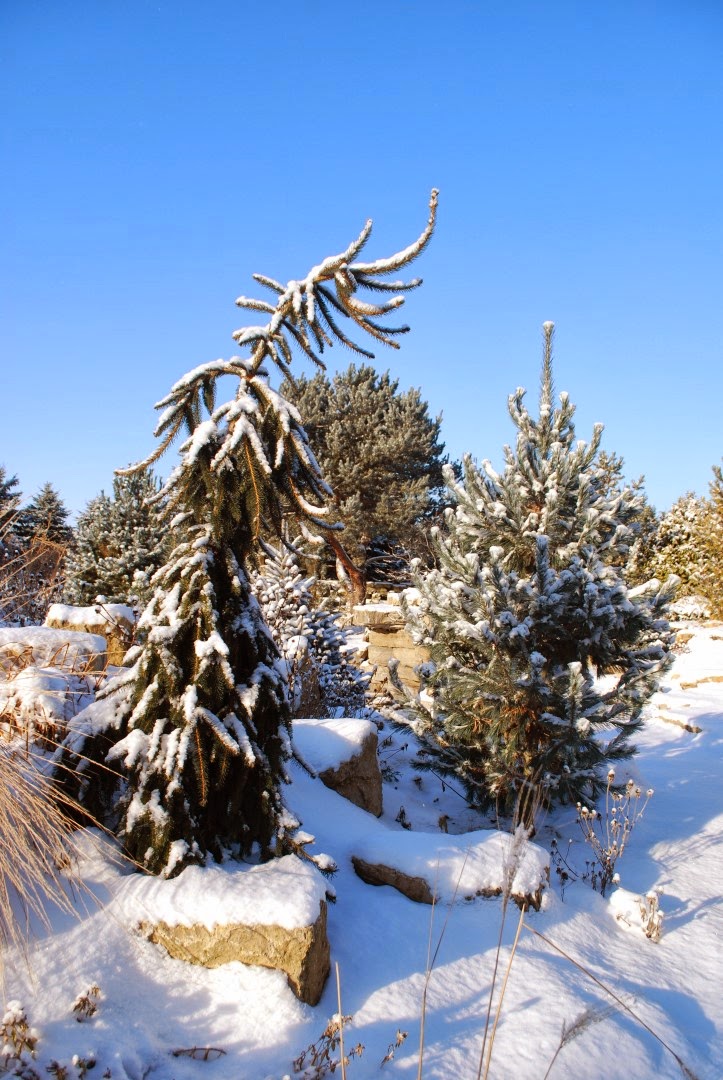 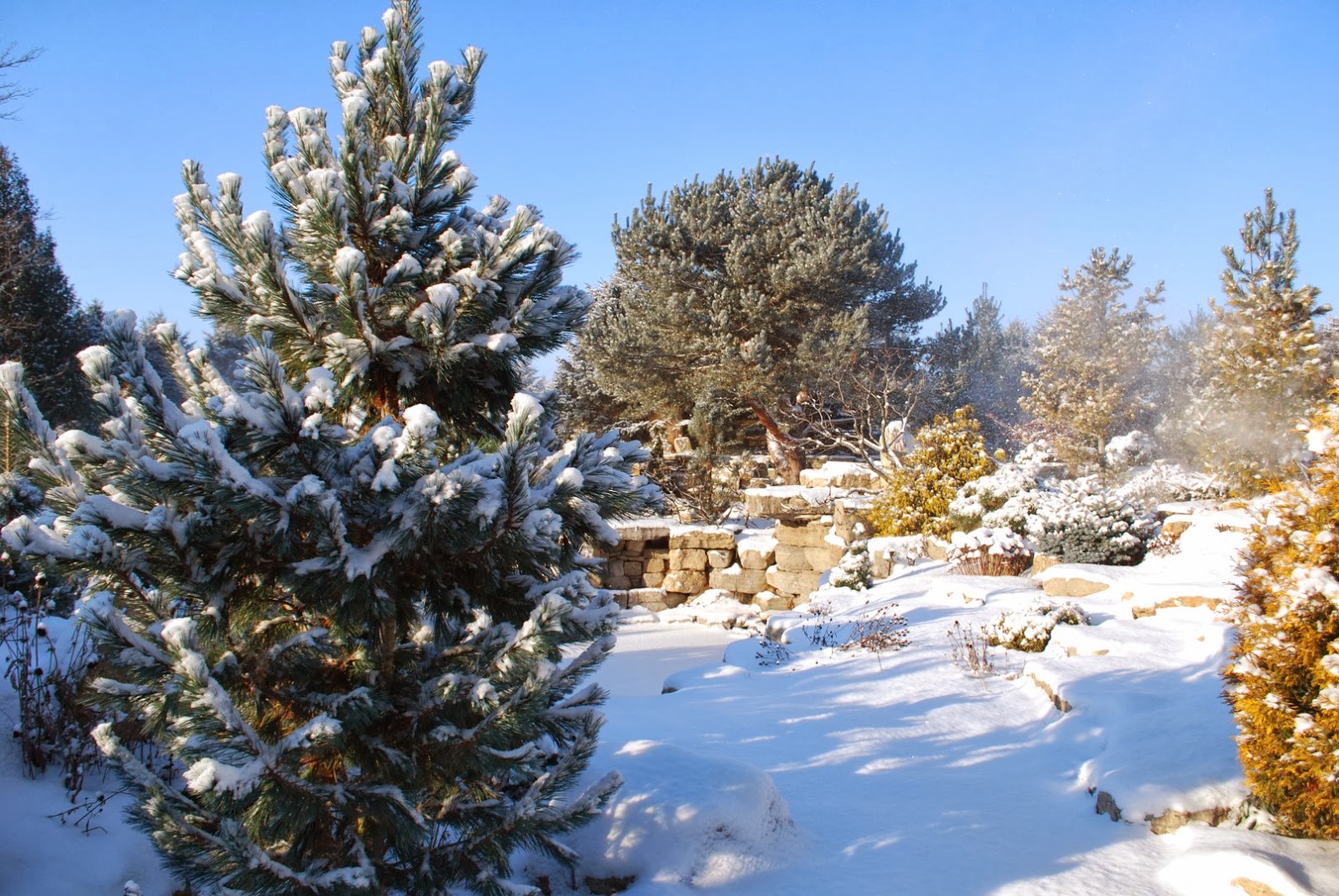 Though I didn't do any outside decorations, I did put up a Christmas tree, even though I didn't get to it until about two weeks ago.  For the last ten years or so, we've been cutting a tree from our property but this year, there wasn't one that particularly stuck out as a good candidate.  I was skiing through the back yard and noticed a branch on one of our big spruce trees.  Hmmmm, could a branch work as a tree?  I went back out with a saw and hauled it in. 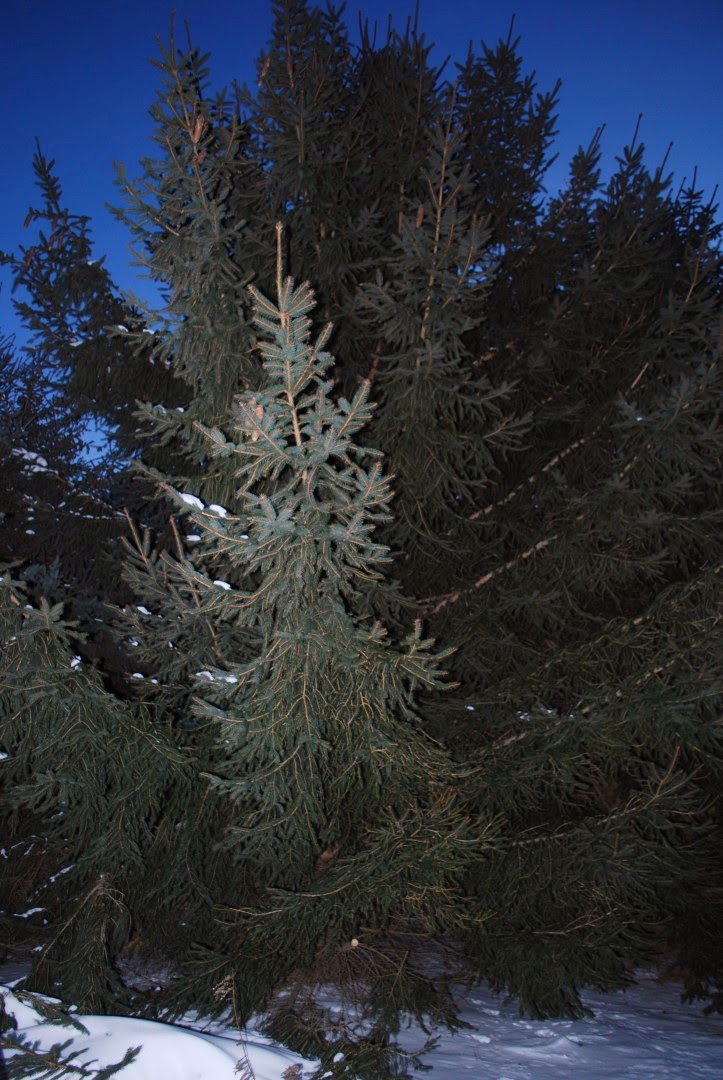 You can see the cut I made in the middle of the picture near the bottom.  The branch was over six feet tall and when we plunked it in the tree stand and did some creative straightening out of the trunk, it didn't look too awful. 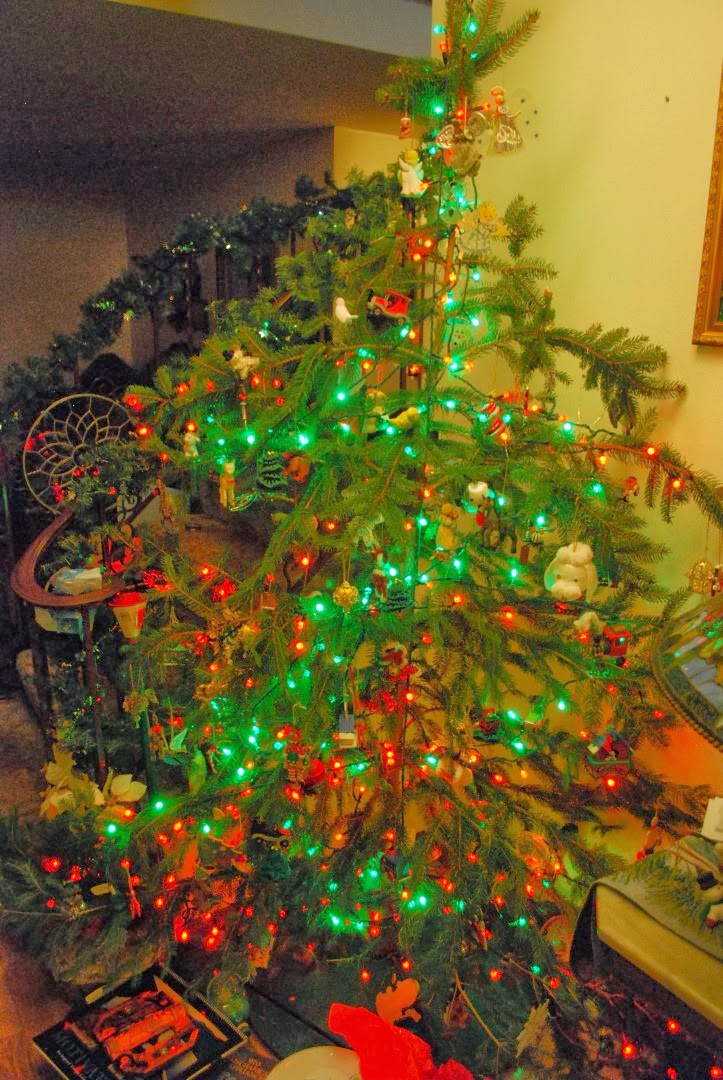 Just as long as you don't look at the back side of the branch, that is.  It's a very flat tree.

Carl helped me with cutting out and decorating Christmas cookies, which I hate to admit are all gone now.  They were delicious, though. 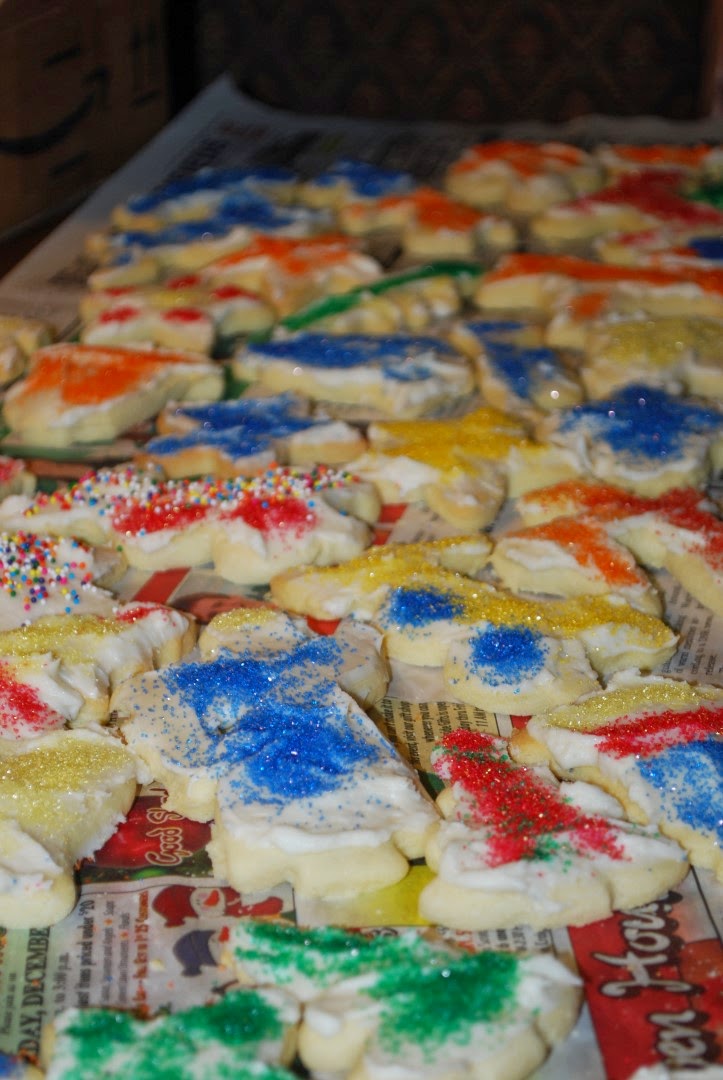 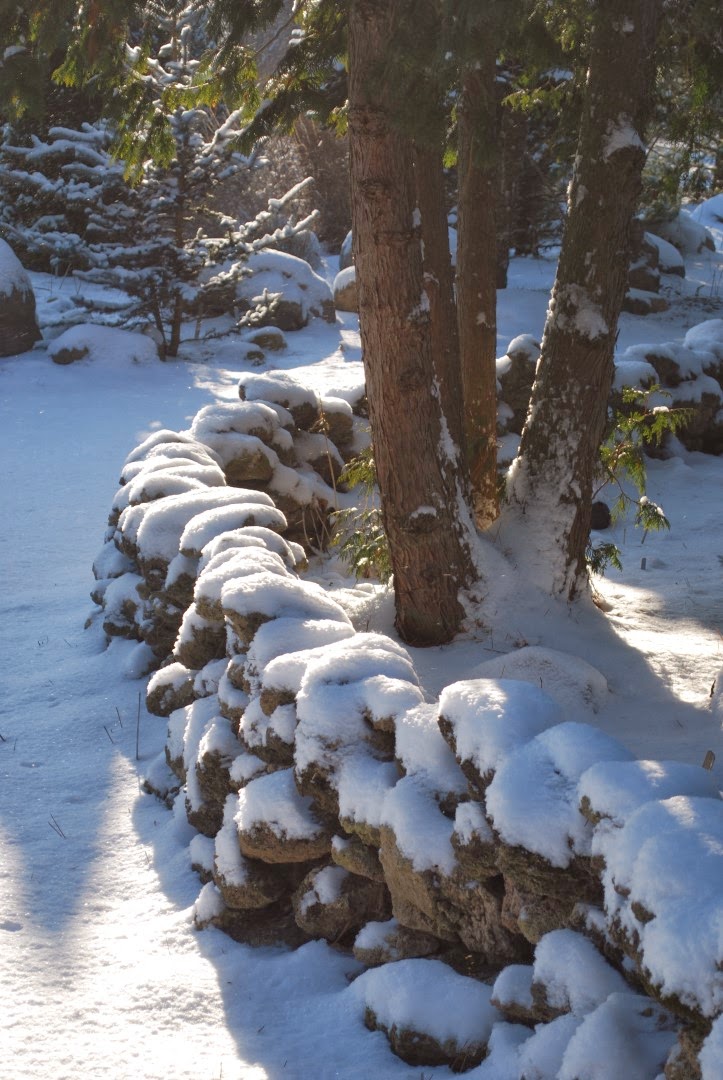 We had a very nice Christmas with both of our sons coming home with their girlfriends and Grandma Lucille and Ann, too.  We played Sheepshead and had a great time. 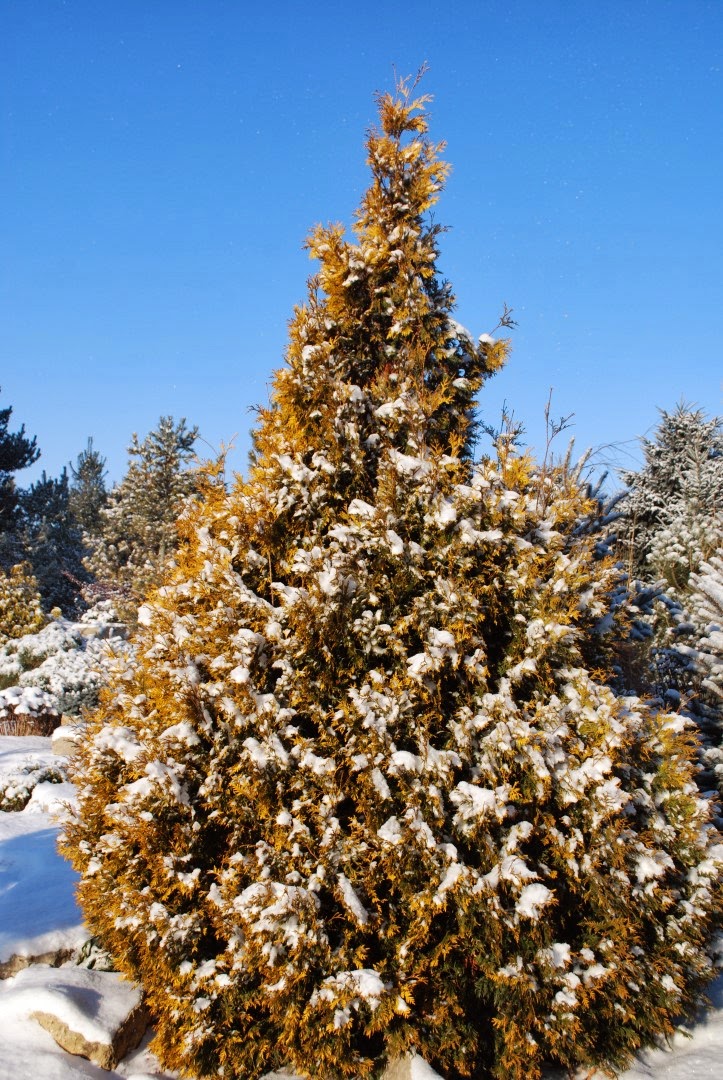 So, here it is, New Year's Eve once again.  I've been feeling rather melancholy lately, but not for any particular reason I can put a finger on.  Sometimes the holidays can be overwhelming, you know what I mean?  But I do remember I have so much to be thankful for and many things to look forward to.

Every once in awhile I feel like I'm snowed under. 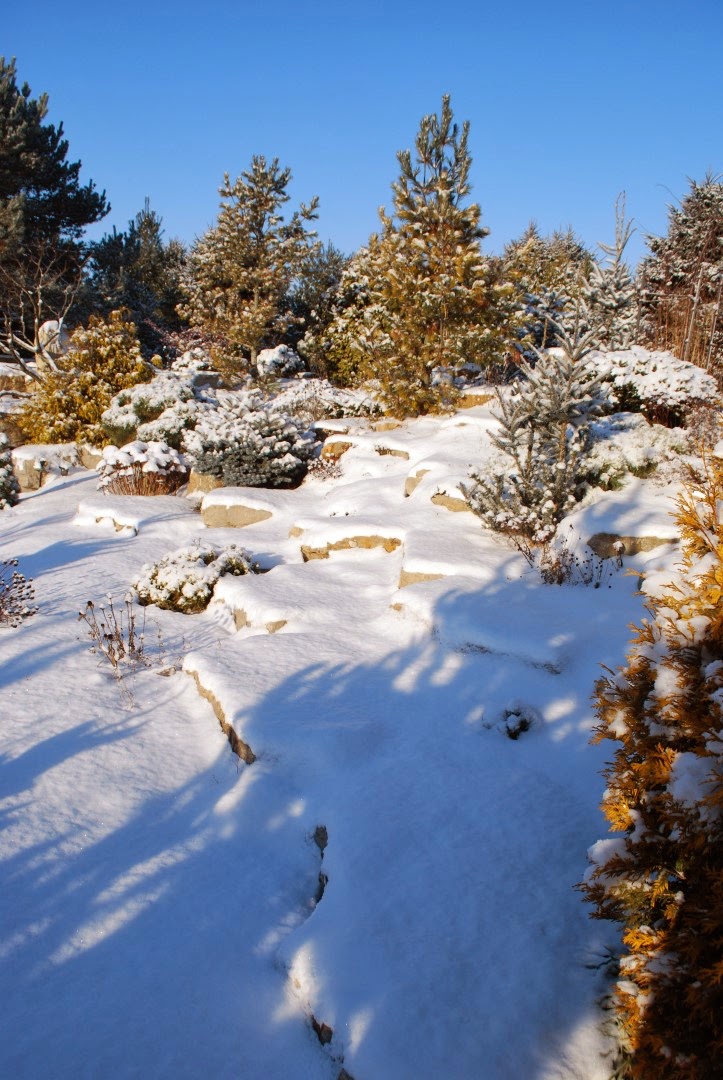 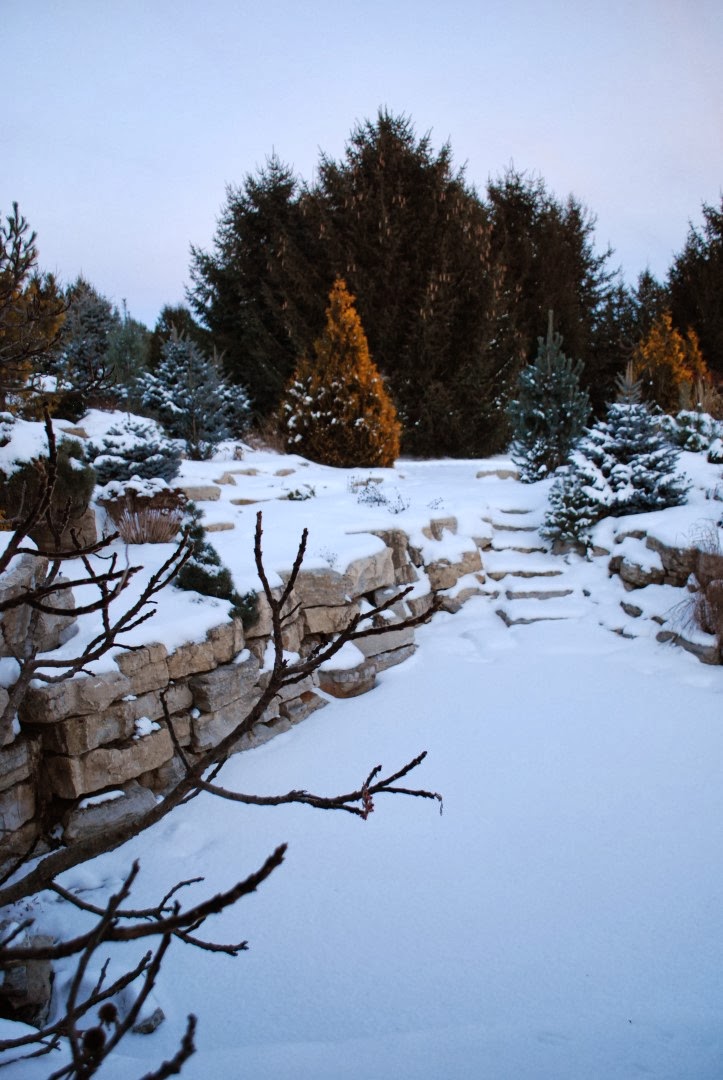 2013 was a good year for the most part, even with all the doctor shenanigans.  But I'm looking forward to 2014 and am hopeful things will continue to improve.